Breathing life into an old site

We took an old site with limited resources, and prolonged its life by a few years with some clever tweaks and teamwork.

When Allianz came to us with their OSHC website, they had been told the site was in such dire straits it would have to be rebuilt from scratch – and it would take about a year. Allianz didn’t have the time or budget to spare at the time, and so they asked us what we could do.

That website had a very old code base, which meant none of the standard ways of updating would work. What we needed to do was change the design without changing too much behind the scenes and by repurposing existing material. We were really focused on finding a clever way to achieve the best outcome possible for our client.

We designed a solution that would breathe life into the old site, and would buy another few years for Allianz before they have to update the entire system. With Allianz happy with our approach, we sent a developer over to embed himself in the Allianz office for three weeks to work with their technical team.

We gave our client what they wanted in the shortest time possible, and within their budget. They were pretty happy. 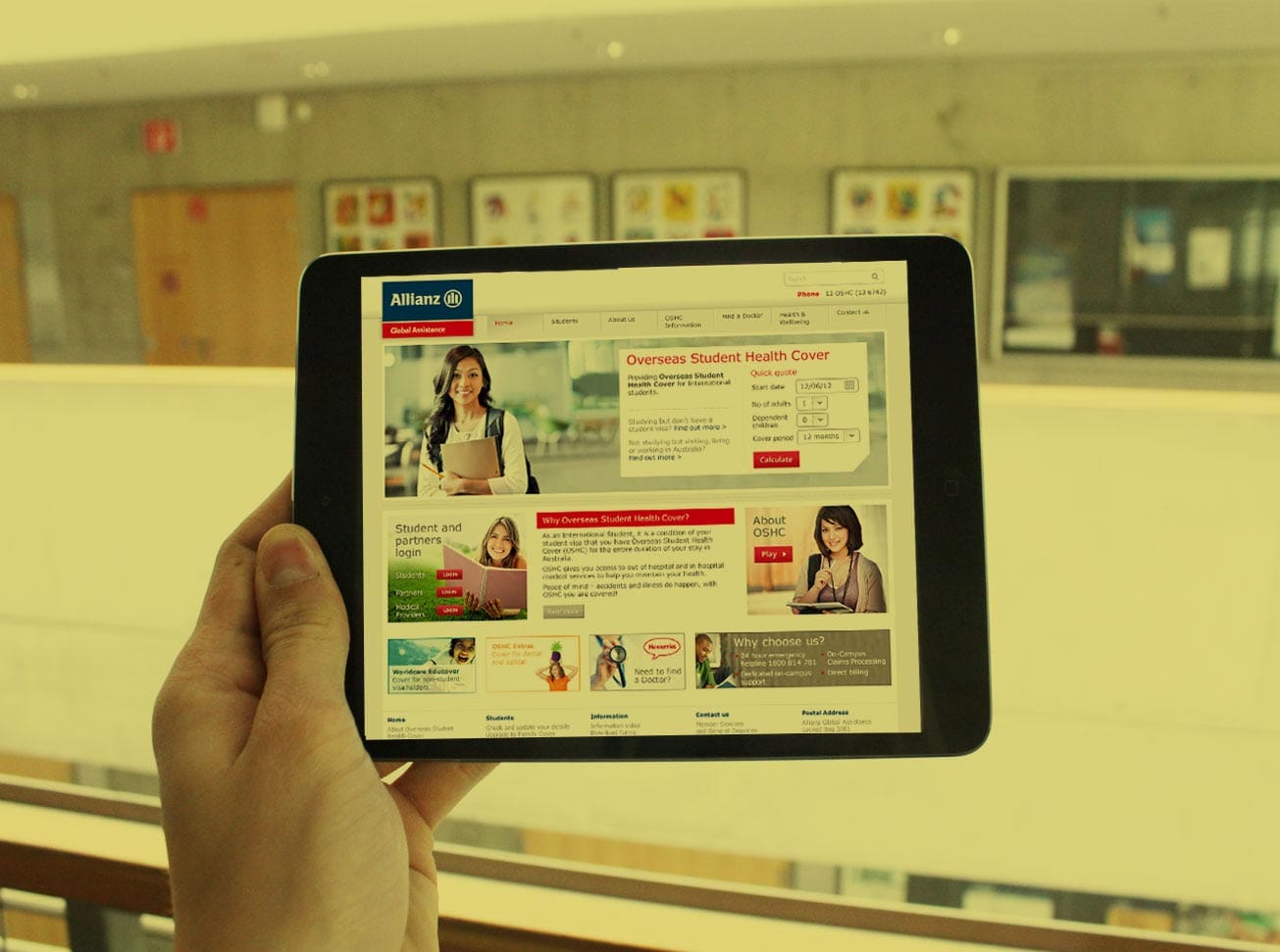 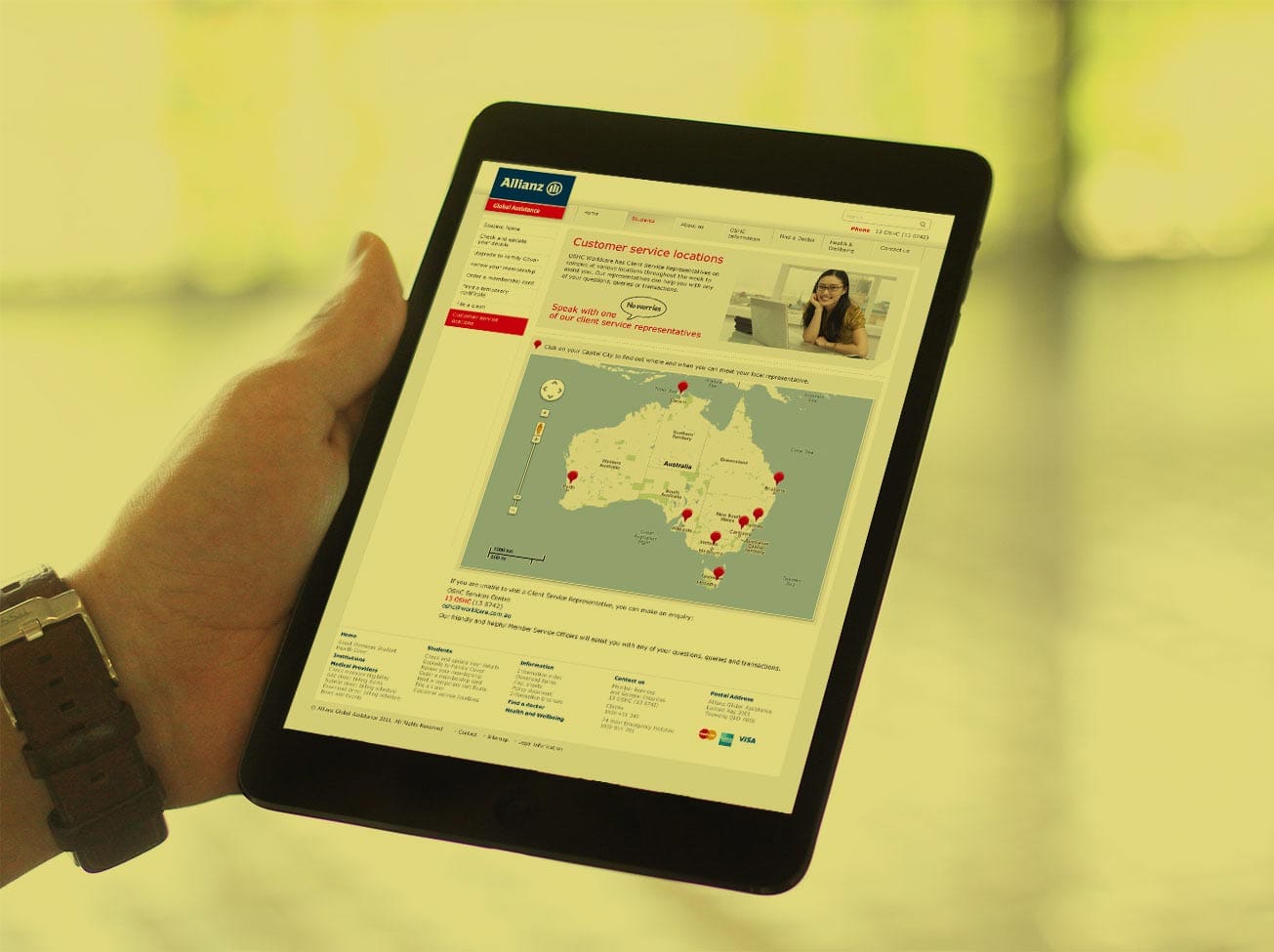 We also designed a new app for OSHC which was a game changer for their clients – overseas students coming to Australia. It allows policy holders to use their phone’s GPS to find a doctor close to them, submit a claim, update their details and order a new card.

What looks like a clean, straight iOS design job was actually pretty tricky behind the scenes because we worked together with the Allianz infrastructure team to ensure the data within the app was linked directly with the data on Allianz’s servers. This meant setting up new servers and opening up firewalls while maintaining stringent security measures.

It was only during this process Allianz discovered some of their data was not in great condition. We helped them clean up their files, while working across their marketing, data and programming team to ensure everything ran smoothly.

More of our work