Activism on the world stage

We collaborated with ad agency Circul8 to produce a high-profile, award-winning campaign that was felt around the world, and all the way to the United Nations.

Greenpeace wanted a website as a centerpiece for their activism that would encourage members of the public to get involved in the United Nations Climate Summit in Copenhagen. Sydney creative agency Circul8 invited us to partner with them to create a campaign that would capture attention and engage the public. 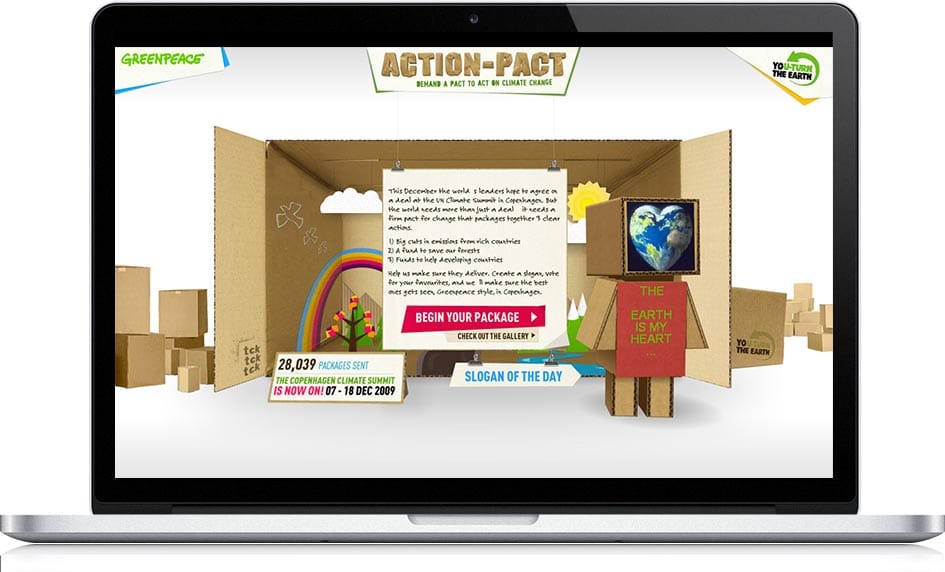 Bringing the user to the United Nations

We deployed Action Pact using a combination of the advanced 3D capabilities of Flash, externalised content using xml data and the statistical backing of the Popul8 viral marketing system.

Users uploaded an image of their face through the Flash interface, and they could also use the drawing tools, which enabled enhanced character development. The user-created content package containing a personalised box robot and news story video was auto-captured and emailed to each users inbox.

The video really brought the user into the Action Pact campaign and helped them to feel a part of the action. Greenpeace chose their favourite creations, and displayed them on electronic billboards outside the Summit venue where the UN attendees from all over the world were likely to see them.

For the environment, not the awards

By using Facebook to connect with supporters, we were able to speak to over 250,000 Greenpeace Facebook fans. More than 10,000 virtual packages were sent off in the first week, and over 20,000 people around the world submitted their slogans to the website by the end of the campaign, all of which Greenpeace then presented in Copenhagen.

Making this website brilliant was an act of love and passion for us. We wanted to do something great for the planet and (as always) make our client happy. Winning the BAD award was an incredible honour, and to achieve the win against agencies many times our size was a massive coup for us. And being officially honoured on the international stage by the US-based Webby Awards was a huge thrill. 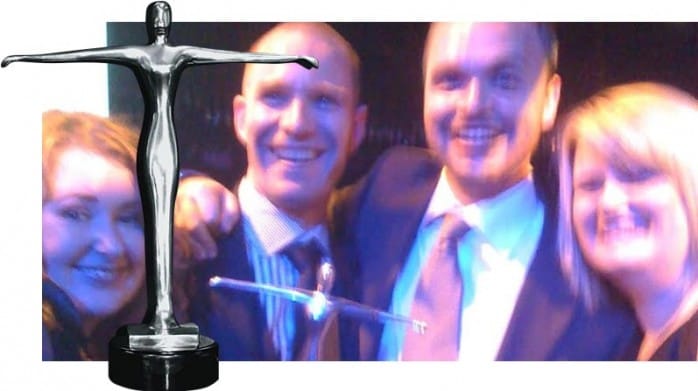 More of our work